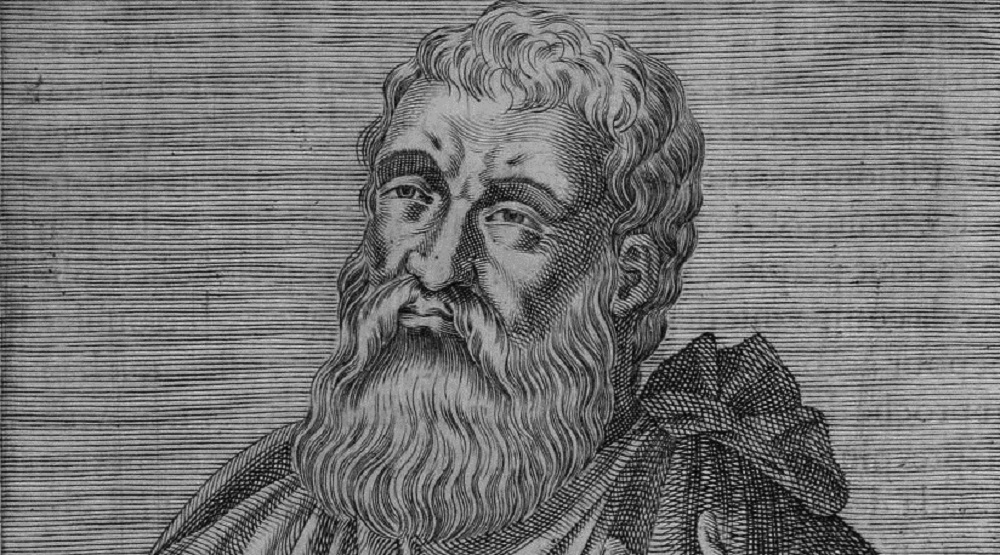 I always chuckle inside when I hear someone saying that the doctrine of the Trinity originated in 325 AD at Nicea. Sometimes they even suggest that it was only after Christianity fell under the sway of evil emperor Constantine that anyone ever thought that Jesus was God and that the whole thing was politically motivated. While it is true that some of the more developed Trinitarian language and technical distinctions were worked out much later, after centuries of careful reflection and debate, the basic outlines of Trinitarian doctrine are in the pages of the New Testament. Scripture set the axioms, and as Christians talked, the logical requirements of these axioms became clearer and the theological language necessary to express these requirements began to develop.

During a recent study of St. Justin Martyr, I was surprised at just how far this development had gone by the time Justin lived (100–165 AD). Our main source for his thought is his Dialogue with Trypho, in which he imagines himself attempting to convince a Jew named Trypho that Jesus is the Messiah by relying solely on the scriptures that Trypho accepts. Because of this goal, we do not hear much from the New Testament and very little about the Holy Spirit. Instead, the glimpses we get into Justin’s trinitarianism come when he attempts to demonstrate that several passages of the Hebrew scriptures speak of both God the Father and God the Son and that we should identify this latter person with Jesus Christ of Nazareth. While I appreciate Justin’s exegesis, we can set to one side the difficult questions that have to do with whether or not Justin is getting the Old Testament right. Instead, I want to simply draw attention to the clarity with which several core Trinitarian ideas are stated in the first half of the second century.

Jesus is God. At several points, Justin lists names that the scriptures, as he reads them, give to the Messiah. He is called an “angel,” for instance, because he is brings a message from God (ἄγγελος = messenger) and “Lord” because of his authority. Along with these titles, Justin insists that the Messiah is God: “Permit me, further, to show you from the book of Exodus how this same One, who is both Angel, and God, and Lord, and man…” (§59. Cf. §§60,61,127,129). We can notice throughout that Justin is not content to say that the Messiah is merely “divine,” but rather insists that he is the “Son who is God (Θεὸν ὄντα Ὑιόν)” (§127).

Father and Son are really distinct. Although Justin is a good monotheist, as we know from his On the Sole Government of God, and although we have just seen him maintain that Jesus is God, he nevertheless is careful to maintain a real distinction between God the Father and God the Son. He does this by pointing to a number of interesting passages in scripture where God appears conversing in such phrases as “let us make man in our image” (Genesis 1:26). Justin holds that here God “conversed with someone who was numerically distinct from Himself (ἀριθμῷ ὄντα ἕτερον), and also a rational Being (λογικὸν ὑπάρχοντα).” Phrases such as “Behold, Adam has become as one of us,” in Genesis 3:22 declare, according to Justin, that there is a certain “number of persons associated with one another (ἀριθμὸν τῶν ἀλλήλοις συνόντων), and that they are at least two” (§62). Similarly, when Abraham saw that “the Lord rained fire from the Lord out of heaven,” in Genesis 19:24, Justin explains that “the prophetic word indicates that there were two in number (δύο ὄντας ἀριθμῷ)” (§129). Notice in each of these instances the way that Justin uses ἀριθμός as a quasi-technical term for a real distinction between persons where later authors might use ὑπόστασις. Indeed he is careful to emphasize that the sense in which the Father and Son are distinct is the sense in which two persons must be distinct in order for them to converse (ὁμιλεῖν) or be in communion with (συνεἶναι) one another. Further, he consistently uses the language of “begotten” rather than “made” or “created” when he refers to the relationship between the Father and the Son. Instead, he is quite clear that the Son is with the Father before all creatures, and therefore the Son cannot be one of the creatures: “But this Offspring, which was truly brought forth from the Father, was with the Father before all the creatures, and the Father communed with Him” (§62).

Jesus is the Λόγος of God. Following John 1:1, Justin refers to Jesus as the Λόγος of God in several passages. Like other early Christian authors he identifies this Λόγος with God’s Wisdom in Proverbs 8 and the Beginning of Genesis 1:1: “God begat before all creatures a Beginning, [who was] a certain rational power [proceeding] from Himself, who is called by the Holy Spirit, now the Glory of the Lord, now the Son, again Wisdom, again an Angel, then God, and then Lord and Λόγος” (§61). He also develops this beyond a mere title, however, by speculating a bit about the analogy between the divine Λόγος and our ordinary human words: “For [Jesus] can be called by all those names, since He ministers to the Father’s will, and since He was begotten of the Father by an act of will; just as we see happening among ourselves: for when we give out some word, we beget the word; yet not by abscission, so as to lessen the word in us, when we give it out (οὐ κατὰ ἀποτομὴν, ὡς ἐλαττωθῆναι τὸν ἐν ἡμῖν λόγον προθαλλόμενοι)” (§61). Here we can see Justin reaching for the conceptual resources necessary to explain how God the Son, the Λόγος, can be begotten of the Father while nevertheless maintaining the integrity of the Godhead.

God from God, Light from Light. In the same passage, Justin employs another analogy which anticipates Nicea: “And just as we see also happening in the case of a fire, which is not lessened when it has kindled [another], but remains the same; and that which has been kindled by it likewise appears to exist by itself, not diminishing that from which it was kindled.” While Justin’s analogy and phrasing does not settle the dispute against homoiousianism, we can almost see his mind in action as he searches for a suitable way to make clear the data of the faith.

Jesus is the revelation of the Father. In several passages, Justin claims alongside the apostle John that “No one has ever seen God [the Father].” Nevertheless, we have received a revelation of God in pillar and in fire, in bush and in tabernacle because “the only God, who is at the Father’s side, he has made him known” (John 1:18). Justin likes to use the word “ineffable” (ἄρρητος) to describe the Father, which puts the emphasis on his unapproachable mystery. He claims that “neither Abraham, nor Isaac, nor Jacob, nor any other man, saw the Father and ineffable Lord of all” since this Father “neither has come to any place, nor walks, nor sleeps, nor rises up, but remains in His own place.” Instead, the patriarchs and prophets of the Old Testament encountered in theophanies like the pillar that led Israel “Him who was according to His will His Son, being God, and the Angel because He ministered to His will; whom also it pleases Him to be born man by the Virgin; who also was fire when He conversed with Moses from the bush” (§127).

I gathered up the juiciest passages from the Dialogue with Trypho along with links to the Greek if you are interested here.