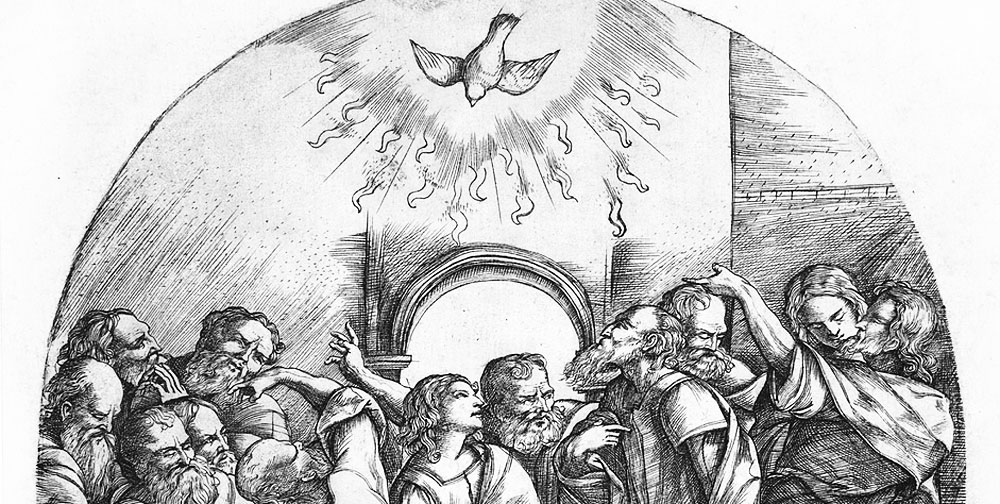 This weekend I preached a sermon introducing the book of Acts at Lexington Christian Fellowship and Jessamine Christian Fellowship. I focused on four themes that all have to do with the extension of Jesus’s redemptive mission through his disciples. See below for the text I used (you can find the audio here).

I want to start off our time in Acts tonight by grounding it in what we have learned from Ben in the Gospel of Luke since Luke and Acts really form two halves of a single book. In order to do this I want to examine four themes that will appear throughout the book, and your assignment will be to go through your daily reading in Acts over the next three weeks looking for these themes, perhaps marking them in your margin in some way: (i) Mission, (ii) Authority, (iii) Power, and (iv) the Holy Spirit. Over the next three weeks, we will break Acts into three natural sections: (i) the Apostles in Jerusalem in Acts 1–7, (ii) the extension of the gospel to the gentiles in Acts 8–20, and (iii) Paul’s road to martyrdom in Acts 21–28.

In our study of Luke, Ben helped us to see that the central pivot of the book is Jesus’s turn toward Jerusalem in Luke 9:51. Jesus was a man on a mission. He knew where he had come from and where he was going and he steadfastly set his face toward Jerusalem, beginning a steady march toward Golgotha. He had come to lay his life down so that Life could come to us who were dead and nothing would turn his purpose to the right hand or to the left. In this same chapter where Luke emphasizes Jesus’s mission multiple times, Luke records the commissioning of the apostles:

Then he called his twelve disciples together, and gave them power and authority over all devils, and to cure diseases. And he sent them to preach the kingdom of God, and to heal the sick. (Luke 9:1–2)

I will return to the ideas of power and authority that come along with this commissioning, but first I want to call our attention to the word “sent.” This is, of course, what “apostle” means. An “apostle” is a “sent one.” From the Latin version of this word we get “missionary.” Jesus himself was on a mission and he commissioned his disciples to carry on this same mission extending it beyond his death, resurrection, and ascension. The apostles in turn extended the kingdom to another generation of disciples and they another right down to our day in an ever-widening process of echoing and amplifying the mission of our Lord.

But ye shall receive power, after that the Holy Ghost is come upon you: and ye shall be witnesses unto me both in Jerusalem, and in all Judaea, and in Samaria, and unto the uttermost part of the earth.

Today the mission is not over. The nineteenth and twentieth century saw an unparalleled extension of the kingdom of God into every tribe and tongue and nation, and it continues to go forward even now.

In his gospel, Luke emphasizes the sheer power of Jesus and the impression that this power makes upon witnesses. Here are some examples:

And all the crowd sought to touch him, for power came out from him and healed them all. (Luke 6:19)

As Jesus went, the people pressed around him. And there was a woman who had had a discharge of blood for twelve years, and though she had spent all her living on physicians, she could not be healed by anyone. She came up behind him and touched the fringe of his garment, and immediately her discharge of blood ceased. And Jesus said, “Who was it that touched me?” When all denied it, Peter said, “Master, the crowds surround you and are pressing in on you!” But Jesus said, “Someone touched me, for I perceive that power has gone out from me.” And when the woman saw that she was not hidden, she came trembling, and falling down before him declared in the presence of all the people why she had touched him, and how she had been immediately healed. And he said to her, “Daughter, your faith has made you well; go in peace.” (Luke 8:42–48)

Perhaps it is his perspective as a physician, but Luke describes the power of Jesus from a slightly different angle than the other gospel writers. For him the power of Jesus is something like electricity, an intense force that emanates outward from him and can operate through mere physical contact.

As we saw in Luke 9:1, Jesus bestows this same power upon his disciples at the very time that he commissions them to be his witnesses. In Acts we see this in many deeds of power carried out through the apostles as they advance the kingdom.

Now many signs and wonders were regularly done among the people by the hands of the apostles. And they were all together in Solomon’s Portico. None of the rest dared join them, but the people held them in high esteem. And more than ever believers were added to the Lord, multitudes of both men and women, so that they even carried out the sick into the streets and laid them on cots and mats, that as peter came by at least his shadow might fall on some of them. (Acts 5:12–15)

And God was doing extraordinary miracles by the hands of Paul, so that even handkerchiefs or aprons that had touched his skin were carried away to the sick, and their diseases left them and the evil spirits came out of them. (Acts 19:11–12)

In some ways, this power is almost like a blind force of nature. The new Life of God in the flesh which is now pulsing through the disciples will heal people without the disciples’ knowledge simply through a shadow or contact with a handkerchief in the same way that the woman in Luke was healed without Jesus’s knowledge simply through contact with his robe. In some ways, we should see this kind of radiating life as the inevitable, gratuitous consequence of coming back into relationship with the uncreated Father, like the shining face of Moses. In other ways, however, the power is sent on purpose by the Holy Spirit, and he accompanies the preaching of the gospel with mighty acts of power to confirm for those who hear the authority of those whom God has commissioned as his witnesses.

We have seen in the other gospels that Jesus was not just a religious teacher like other religious teachers. He came as God in the flesh, the messiah, and these things mean that he is the Lord. Jesus has authority, as the “Lord of the Sabbath,” to allow his disciples to pluck some grain on the sabbath, and his authority extends not just over men. As the Creator God become man, he has authority over the very physical elements of the natural world:

…And they were afraid, and they marveled, saying to one another, “Who then is this, that he commands even winds and water, and they obey him?” (Luke 8:25)

Again, we saw in Luke 9:1 that as Jesus commissioned the apostles for the mission he bestowed upon them both power and authority. Ben helpfully used the illustration that power is the gun, while authority is the badge. I always think of the old western movies where the real sheriff who holds all the authority of the law deputizes a bunch of no-name townsfolk to go hunt down a bad guy. They now have full authority to make arrests—but only because they have been authorized by the one who held that authority in the first place.

We can see this authorization of the disciples as the apostles continue in the book of Acts, and the disciples will run into the same conflict that came between the divine authority of Jesus and the human authority of the pharisees:

On the next day their rules and elders and scribes gathered together in Jerusalem, with Annas the high priest and Caiaphas and John and Alexander, and all who were of the high-priestly family. And when they had set them in the midst, they inquired, “By what power or by what name did you do this?” Then Peter, filled with the Holy Spirit, said to them… (Luke 4:5–8)

Now when they saw the boldness of Peter and John, and perceived that they were uneducated, common men, they were astonished. And they recognized that they had been with Jesus. But seeing the man who was healed standing beside them, they had nothing to say in opposition. (Luke 4: 13–14)

We see this same authority when Peter pronounces judgment on Annanias and Saphira, in Stephen when he speaks boldly unto death, or in Paul as he argues persuasively in synagogue after synagogue. Again, as the disciples press into the Life of Jesus Christ they begin to live that very same Life, and we see that this Life operating in the ministry of the disciples has the very same features as it has operating in the ministry of Jesus.

Again, the main point tonight is that we have the opportunity to engage in the very same work that Jesus himself was engaged in. Jesus graciously brings us into his work alongside himself without us deserving it or earning it. We can say that the work of Jesus Christ on the Cross is a complete work and human effort cannot add anything to it. From one perspective this is absolutely true. Jesus’s death and resurrection contain within themselves the singular event of all history. In that one event, the whole work of salvation is accomplished and all of history revolves around those three days. From another perspective, however, God intended all along to bring us into this singular work by drawing us in as co-laborers in a further and further extension of the gospel into a lost and dying world. As we join in this work we need not think that it is merely human labor trying to add something to God’s work because we are filled with the Holy Spirit. God himself both directs and animates our work in the person of the Spirit, and in doing so, our work can be filled with the very same power and authority that filled the ministry of Jesus. It is not a separate mission in imitation of Jesus’s mission. It is the very same mission extended into our lives, into our actions, into our conversations.

So as you go and read Acts this week. Try to avoid reading it as merely a record of events long past. Read it instead as a window into the dynamics of the mission that you yourself can be engaged in this week. Ask yourself, “Have I been commissioned by my Lord Jesus Christ?” If the answer is yes, ask, “What have I been commissioned to go and do, and am I faithfully doing it?” Finally, if you are engaged in this work, expect the Holy Spirit to show up with power and authority because this is what he is doing in the world.